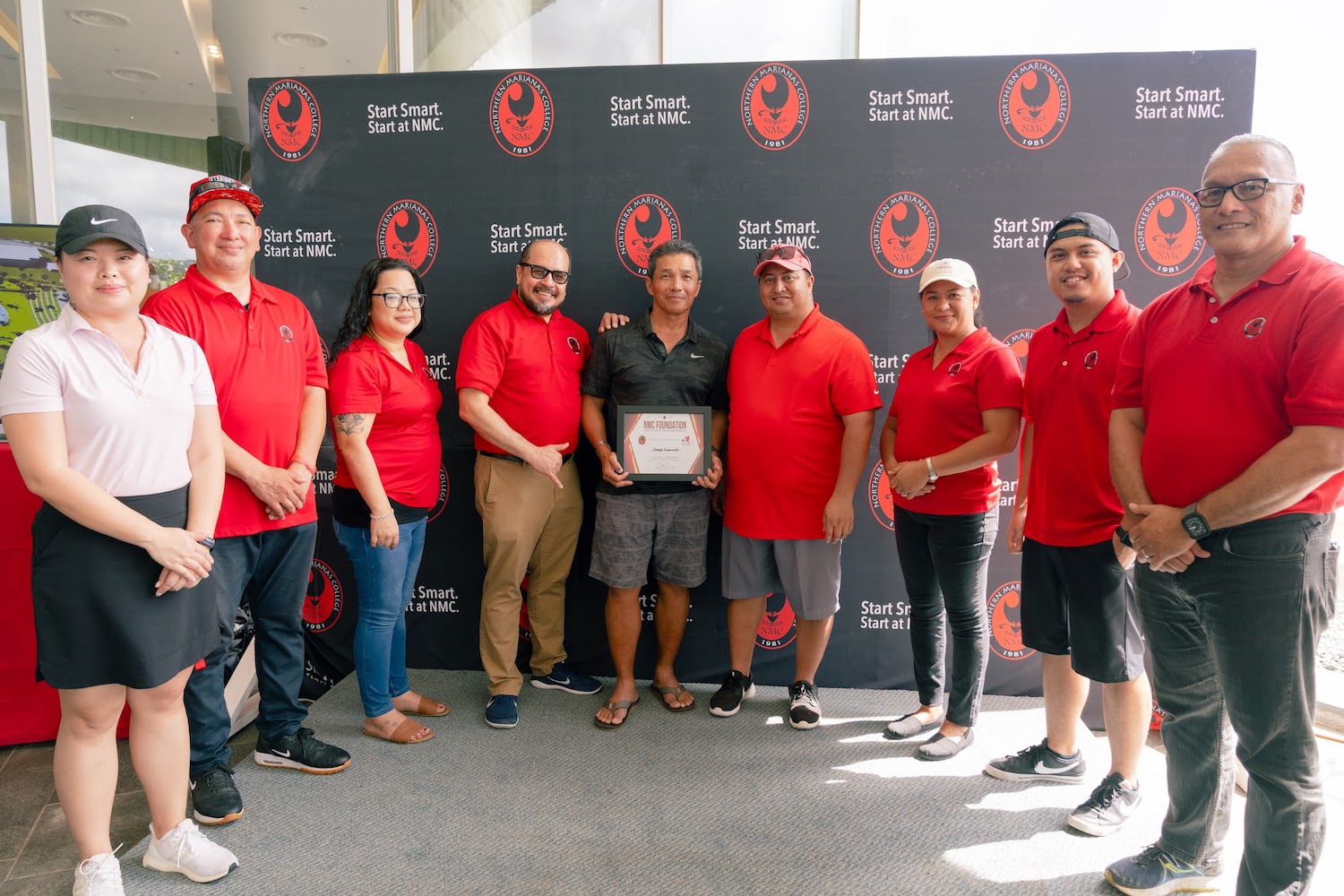 Joseph Sasamoto won the Seniors Flight of the 17th Annual NMC Foundation Golf Tournament last Saturday at the Laolao Bay Golf & Resort. The 59-year-old son of Jose A. Sasamoto, known as the father of golf on Saipan, fired a 2-over par 74 to top the 50-and-over division.

The win marked Sasamoto’s first ever seniors division championship as he never really competed in golf tournaments before being qualified to take part in the senior category. He, however, has been playing the sport since he was 14 years old.

Asked what worked for him during the Northern Marianas College fundraiser, the former County of Santa Clara, California resident said his persistence allowed him to stay level-headed and play at the best of his ability.

“I think patience and sticking to my game plan of hole by hole and shot by shot was the key. My drives, iron play, and putting were all pretty consistent. But minimizing the mistakes and managing the course were the key,” he said.

It also worked that that weather last Saturday was a perfect day to play golf. “Conditions were typical for a Saipan morning—slightly windy, warm, and humid. It was perfect!” he said.

Sasamoto dedicated his win in the Senior Flight to his family. “In the end I would like to dedicate this win to my three daughters Jodee, Monica, and Naomi in California and my dad who is/was the father of golf here on Saipan.”

He also gave a salute to all players that took part in the 17th Annual NMC Foundation Golf Tournament.

“I’ve been away for a while and it’s nice to come back home and win, especially against a quality field. I want to acknowledge and thank my cousin Joe Camacho (aka Kamikaze) who’s like a brother to me for all his help and input.”

Camacho incidentally finished a shot back of Sasamoto in the Seniors Flight with his 3-over 75, while super senior Nick Sablan edged Wilhelm Maui via scorecard tiebreak to complete the Top 3. Both golfers finished with a 5-over 77.

In the C Flight Daniel Narro won the division with his 7-over 79, followed by Anthony Norita and Isaac Aguon with scores of 81 and 82, respectively.

Like the Championship, A, and B flights, first place won $500, second place $300, and third place $200. Cash awards also went to the low gross and low net of the Ladies Flight.