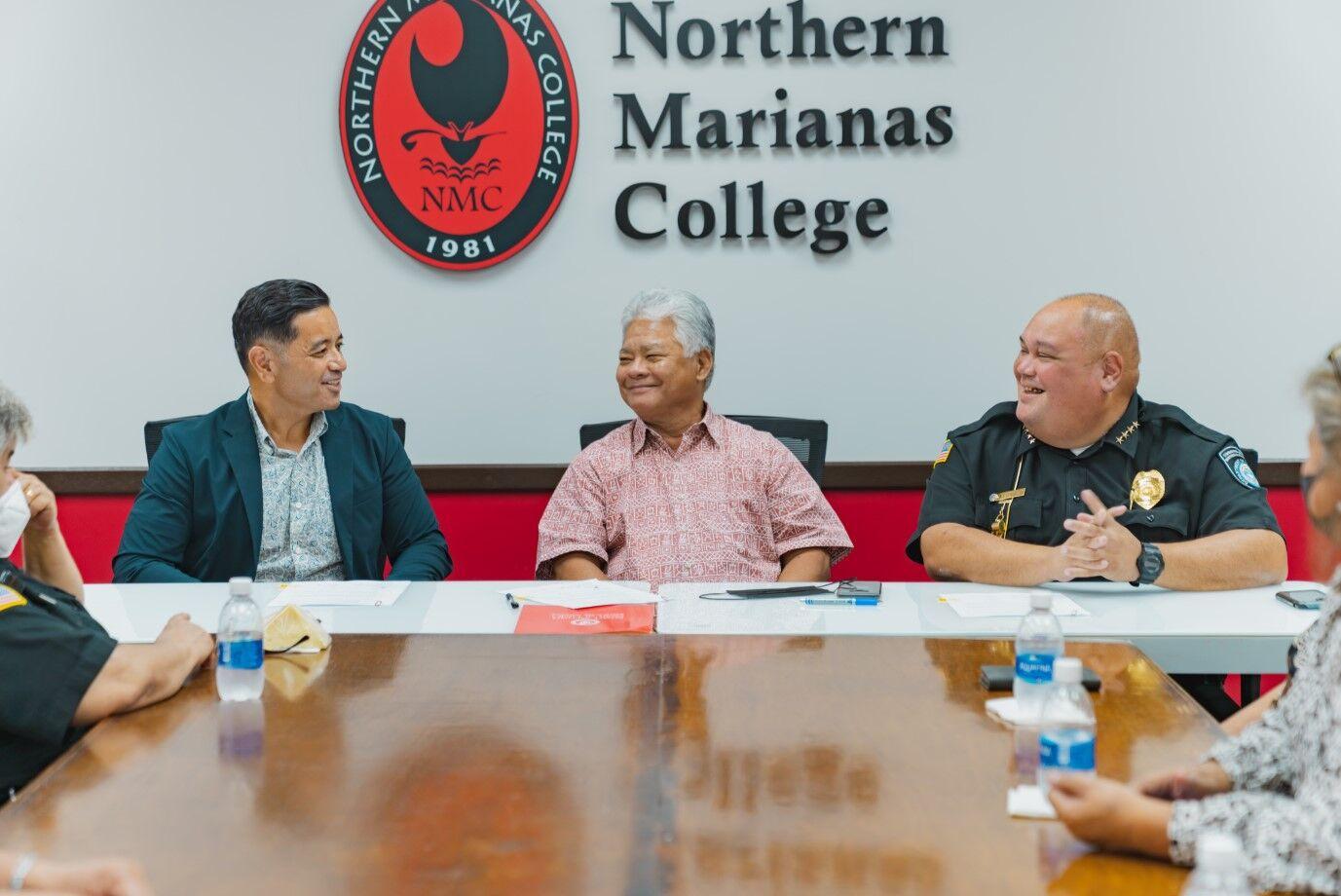 NORTHERN Marianas College and the Department of  Corrections on Wednesday signed a memorandum of agreement for the training of Corrections cadets.

Once the cadets complete the training, they will receive 40 college credits. If they obtain 20 more credits they can already earn an AA degree.

Palacios said it is important that Corrections officers know the constitutional rights of inmates.

He said he is very thankful that NMC has “stepped up to the plate” to train not only the Corrections officers but also the members of other law enforcement agencies like the Department of Public Safety, the Division of Customs and the Department of Fire and Emergency Medical Services.

Eliptico said NMC's biggest priority is to train not only the employees in the private sector but also those in the public sector.

The MOA, he said, will ensure that participants will go through the training, which includes understanding constitutional law and many other training opportunities.

He expressed hope that after the cadets complete the training, they will continue to attend the college to obtain their AA degree and receive a pay raise.

Eliptico said he believes that law enforcement officers should be paid “equitably” and be recognized for the training that they will receive under the MOA with the college.

Palacios agreed, saying that Corrections officers are also mobilized during times of disaster. Through the American Rescue Plan Act funding, he said he is confident that the CNMI government can compensate its law enforcement officers accordingly.

For his part, Corrections Commissioner Villagomez thanked the acting governor for his support, adding that after a series of meetings and planning with NMC, “here we are now fulfilling the goal by signing the MOA.”

“I am so glad that we are moving forward and we are going to reach our goal and have more Corrections officers onboard,” Villagomez added.

Under the MOA, Corrections and NMC will select the instructors for the academy. However, for accreditation purposes, certification of instructors will remain NMC’s responsibility.

To qualify, a cadet must be a high school graduate or a GED holder. He or she must have taken the English 101 placement test at NMC, passed the Corrections physical fitness agility test, passed a criminal background investigation, undergone a psychological assessment and participated in an interview conducted by Corrections.