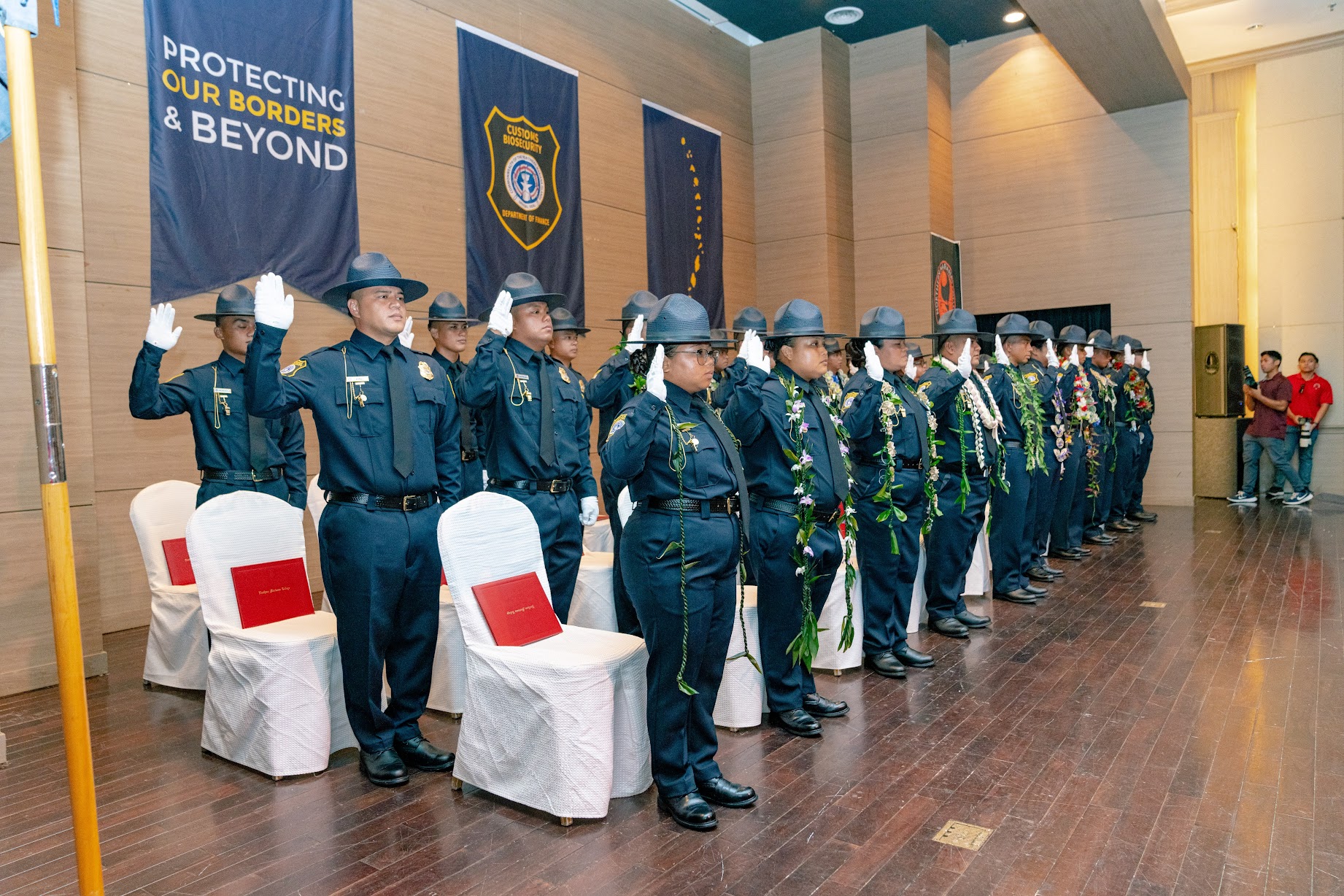 Uchelbil E. Oiterong was recognized as the 9th Cycle valedictorian.

Oiterong, a former U.S. Marine and a member of the NMI national basketball team, said: “It feels amazing, the valedictorian award. I was surprised about it, I didn’t even know. But I am proud of myself and my fellow cadets. We made it all the way to graduation day. No one fell out, no one dropped out, and I am really happy about that.”

Oiterong said she joined Customs “because I wanted to get into a field where I can give back to the community, and the Division of Customs does that, with the investigations into the things that we are trying to keep out of our islands — that’s part of the big reason why I joined Customs.”

“It’s a good feeling — a lot of hard work paid off,” Leon Guerrero said. “I did my best, I studied overnight, and prepared for the physical test — everything was all hard work.”

Leon Guerrero said as a Customs officer he is also a law enforcer. “And as law enforcers, we can respond to an active shooter incident, if we are near the area of incident.”

He has high hopes of pursuing his career to the federal level.

Kane P. Ybanez is the recipient of the Leadership Award. “It’s a blessing — I been waiting for this for months, and it finally came,” Ybanez said.

“The instructors from Customs and Northern Marianas College have taught us a lot, and I feel very prepared to take on the role of Customs officer, and protect the community,” he said.

Ybanez thanked his family for their support. “They know that I wanted this for a long time, and they were very supportive and excited for me for this new journey. I chose this career because as a young kid, I wanted to join law enforcement and become an officer. I am a first responder now, and I am ready to serve the community,” he added.

Of the 29 graduating cadets, two are from Tinian, two from Rota and the rest are from Saipan.

Eliptico, in his remarks, noted that the new officers also earned their Basic Law Enforcement Certificate of Completion, including 40 college credits from NMC.